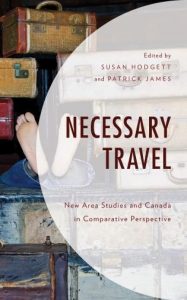 diverse locations – Paris, Nice, Ankara, Sinai, California, Manchester and London – reinforce how governments and scholars must look beneath the surface for understanding of the turbulent post-9/11world. In particular, what does ‘expertise’ mean in this new era? This book answers that question? The volume is about a particular kind of expert – a type suffering from ‘bad press’ for a long time – namely, scholars who carry out area-based research. The term ‘expert’ itself even comes in for some humor about how it might be defined – someone who knows more and more, about less and less, until eventually they know everything about nothing. Behind the old joke is a grain of truth: Expert standing becomes unimpressive to us, in both intellectual and practical terms, when it is seen as parochial and lacking in vision.
This volume will explore Area Studies (AS), a prominent type of expertise, along a range of dimensions. As we move towards the third decade in the new millennium, attention shifts to the somewhat unexpectedly positive future of NewArea Studies (NAS) as a resurgent intellectual movement. NAS has departed from what the editors have dubbed Traditional Area Studies (TAS) – commonplace till the millennium. Both the editors of this volume, and its contributors, are leading scholars in area-based work across continents. Together they have participated and observed as area-oriented research struggled to overcome protracted and intense criticism since the Cold War. Thus, the volume marks the resurgence of area-based research in its new guise as NAS – the crux – understanding increasing complexity around a shrinking globe.
Taken together, the contents of this volume make the the case for a New Area Studies grounded in necessary travel, using new and wider methodologies involving reflective practice and production of knowledge with local people. It argues the necessity of such broad and deep approaches in order to appreciate what is going on in the world in the 21st century and to help us see off the arrival of more and increasingly nasty unpredictable shocks.